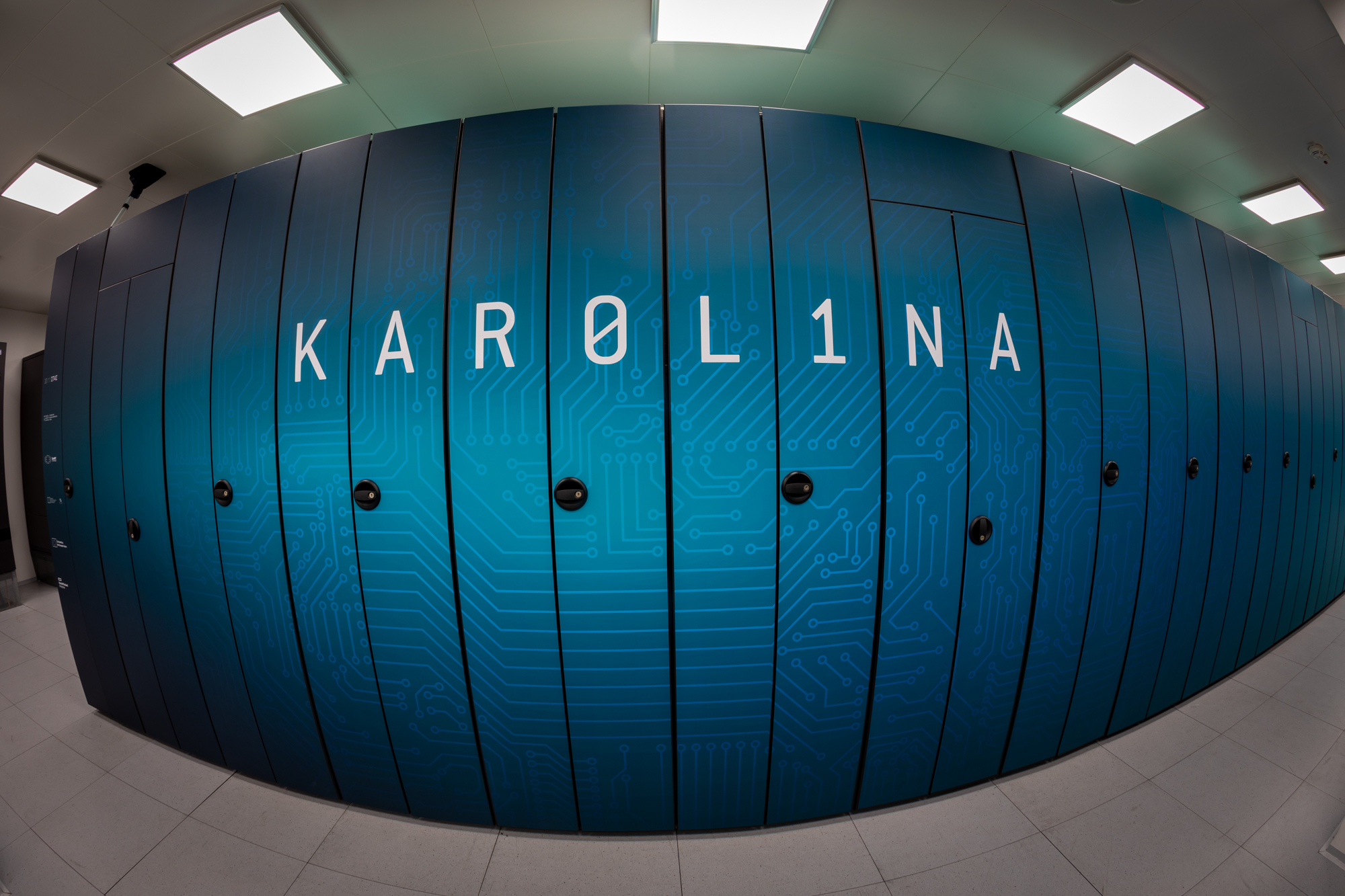 A contract to acquire the most powerful supercomputer in the Czech Republic, which also ranks among the most powerful in Europe, was signed in October 2020. It was signed between the European High Performance Computing Joint Undertaking (EuroHPC JU), Hewlett Packard Enterprise, which delivered the system, and IT4Innovations National Supercomputing Center at VSB – Technical University of Ostrava, where the new supercomputer is located. The name of the new supercomputer is Karolina, and it serves both academia and industry.

The cost of the procured system was almost EUR 15 million, where 35%, i.e.  EUR 5.13 million, of which was paid by the EuroHPC JU. The remaining costs amounting to EUR 9.73 million was funded using the resources of the European Structural and Investment Funds through the Operational Programme Research, Development and Education (OP RDE). Its total operating costs between 2021 and 2025 are estimated at EUR 14 million.

Anders Dam Jensen, the Executive Director of the EuroHPC JU said: “This new world-class supercomputer, located in the Czech Republic benefits Europe as a whole and brings us one step closer to our ambition of making Europe a global leader in high-performance computing. Its computing power is accessible to the European public, scientific and industrial users wherever they are in Europe, for instance, to improve weather predictions, develop greener energy infrastructures or adapt therapies to the specific needs of a patient.” The supercomputer Karolina achieves a theoretical peak performance of 15.7 PFlop/s and it is certainly worth noting that the accelerated part of the supercomputer, which is made up of HPE Apollo 6500 servers with a total of 560 NVIDIA A100 Tensor Core GPUs that provide, among other things, a theoretical peak performance for artificial intelligence calculations of up to 360 PFlop/s. The supercomputer is interconnected with NVIDIA Mellanox HDR 200Gb/s InfiniBand, delivering extremely low latency, and smart in-network computing acceleration engines. With NVIDIA GPU acceleration and smart InfiniBand offload engines, the new system is perfectly prepared to handle very demanding, computationally intensive tasks in the fields of machine learning and artificial intelligence, which are delivering scientific breakthroughs across the globe.

“Our users’ demands for computational resources are growing every year, and we have not been able to fully meet them anymore. This brand-new supercomputer is designed to fully cover user requirements in solving complex scientific and industrial problems involving, for example, classical numerical simulations, large-scale data analysis, and the use of artificial intelligence,” said Vít Vondrák, the Managing Director of IT4Innovations National Supercomputing Center.

The Karolina supercomputer with a theoretical peak performance of 15.7 PFlop/s became the most powerful supercomputer in the Czech Republic. With its accelerated part, Karolina occupies 71st place in TOP500, but in the GREEN500 list that evaluates the most energy-efficient supercomputers in the world, the Karolina supercomputer earns the excellent 8th place. The new supercomputer is fully operational from August and its service, which is available also to the ACROSS project, is expected to run to the year 2025. For more technical details see IT4Innovations´ website or watch the brand new video! Find here how to obtain access to the computational resources of IT4Innovations National Supercomputing Center.